Merck’s Januvia is a prescription medicine that helps lower blood sugar in adults suffering from type 2 diabetes. It is normally not prescribed to patients with type 1 diabetes or those suffering with diabetic ketoacidosis (high blood ketone levels, a symptom of uncontrolled diabetes). The active ingredient in Januvia is sitagliptin, which is also the name that this medication’s generic versions are available under. There are currently three strengths (25 mg, 50 mg, and 100 mg) and one dosage form (tablets) that Januvia is offered in. The film-coated tablets are round, varying in color depending on the strength. The codes printed on the tablets also indicate the different strengths. The 25mg tablets are pink and carry the code “221”, the 50mg tablets are light beige with the code “112”, and the 100mg tablets are beige with the code “277” printed on them.

Januvia works best when taken in combination with a balanced diet and a physical exercise routine. If this medication alone is not enough to keep a patient’s blood sugar levels normal, it can be used together with other diabetes drugs – for example, metformin. There are drugs that contain both sitagliptin and metformin as active ingredients – such as Janumet and Janumet XR, for example.

The recommended dosage of Januvia is defined individually depending on the patient’s blood sugar levels, concomitant health conditions and may further be adjusted depending on their response to treatment. Januvia is typically taken once daily.

How does Januvia work?

Januvia belongs to a class of oral anti-hyperglycemic agents called dipeptidyl peptidase 4 (DPP-4) inhibitors. Basically, it works on two levels: it not only stimulates insulin production in the pancreas but also limits the production of glucose in the liver. The effect of Januvia is due to its ability to inhibit DPP-4 – an enzyme that destroys glucagon-like peptide (GLP-1) and glucose-dependent insulinotropic polypeptide (GIP), two hormones produced in the intestines in response to food consumption. When DPP-4 is low, the levels of GLP-1 and GIP remain normal. As the result, the pancreas can produce enough insulin and the liver, in its turn, does not produce too much glucagon hormone, resulting in lower blood glucose levels.

The most common side effects reported include:

Patients taking Januvia should seek medical help right away if they experience any less common but serious side effects, such as:

Severe allergic reactions to Januvia are very rare. However, you should discontinue the medication and get medical help right away if you experience any of the following symptoms of a serious allergic reaction: labored breathing, dizziness or loss of consciousness, rashes and/or hives, tongue, face or throat swelling. 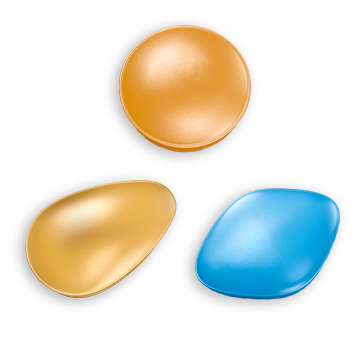